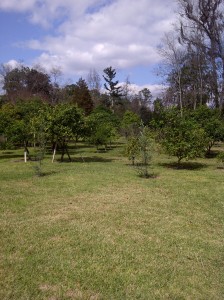 Imagine there is a 50 foot wall. Beyond this wall is another wall, but this one is only 30 feet in height. Yet after that stands a wall that is one towering 100 feet over head. Now imagine these walls are arguments for doing or not doing something.

According to the Pew Forum on Religion and Public Life report in 2008 the following is noted:

The report contains data obtained from interviews with more than 35,000 Americans of ages 18 an older. (source) The report goes on to state:

In college I was fortunate to have been in an Old Testament class taught by Rabbi Gary Paris. Not only a Biblical scholar and admirable human being, Rabbi Paris was a fantastic teacher. One day in class he was explaining why Jews do not recognize the prophecy of Isaiah 7:14 and in doing so raised the anger level of a few First Baptist Church sophomores. While Rabbi Paris continued to explain the chronological flaws of the pro-Prophecy argument these students did not more than regurgitate what they had been told was true through church study.

Most if not all religions are grounded in some form of logical cohesion which elevates the Faith from a simple feeling to a formulated intellectual position. The very idea that one can “debate” with a non-Theist or one of a differing religious conviction implies that the Faith itself holds up to scrutiny and that sufficient evidence exists to, at the very least, allow for a justified reason for believing.

With information at our fingertips the idea that any power structure can ensure a level of populace ignorance is becoming more difficult. The Church is one such power. In an article from Patheos which attempts to re-evaluate the Pew data, and additionally correlate that data to the rising group called “The Nones”, this observation is noted:

Basically, the percentage of Americans who consider religion to be very important hasn’t changed much. But the people for whom religion is not very important have been switching their label from “not very religious” to “no religious affiliation.”

So these new numbers imply that the social stigma against people who do not attend church and are not religious is declining. That’s a good thing, for us and for the country. (source)

With the rise of “New Atheists” the Church is being confronted with a much louder vocal minority, one which demands a higher standard for truth claims. Simply stating “I believe” or “the Bible says” is no longer sufficient. While the idea that one cannot be moral without belief in a God may take more time to be filtered out of the assumed truth bucket, other elements of the mystical lose strength. Yet this does not require the death of the Church.

In an interview with the Catholic publication American Magazine, Pope Francis disclosed ideas about being Christian which distance the Faith from the politics and power demands seen far too often in American Christianity. A few of the quotes follow: (source)

It is well documented how great, fresh and welcomed the wind of Pope Francis is. He is not by any means a liberal/progressive Christian (for whatever those terms may mean to you they are used here in difference to tradition) but his emphasis is directed at helping people and not at accumulating earthly authority. As an Agnostic I find him more in line with what my studies of Christianity have disclosed, and, quite frankly, I see some Buddhist in him. But then that begs the question doesn’t it.

My wife and I have raised both of our children to think critically about religion. We have not raised them in a bubble such that one way of religious thinking is correct while all others are flawed. While being married to a Christian (a term which I find very limiting being the variance of opinion on what that means apart from believing in Christ which is rarely the only modifier) is challenging due to conflicting belief, the relationship has allowed for two children with different belief systems. Yet both are able to defend their positions without support of presumptions for which others would be criticized. And in the end both are good people, who try to be considerate of others and help out when and where they can.

This is how I see Pope Francis. While he is not alone, he is a central figure of a big and powerful Faith. It is good to see a religious leader not speaking from a 20,000 seat arena, in a $5,000 suit. Whether you believe in the theology, the Church helps millions deal with existence, death, suffering and further serves as a moral grounding and social good.

Repost from @consequence • Watch Tears for Fears' own Curt Smith perform a special rendition of "Mad World" with his daughter, Diva, at the link in bio.
Good morning. This is my dog. He should inspire a smile on your face. And no, he is not electric. #morning #jacksonville #jacksonvillefl #pets #dogs #happy #joy
Someone else’s view from Mount Jefferson in Nee Hampshire. I miss you Presidential Range. @stefhikes
A perfect bottle for isolation. @jeffersonsbourbon #oceanaged
#mlk
@ourplanetdaily reminds us nature is doing its part to maintain order.