Over the past three days I attended two showings of a musical called Back in the Boondocks. It was put on by the CrossRoad UMC Arts Academy. The premise of the story is that of a family living in Louisiana. It details their struggles with relationships, alcoholism, friendship, death and faith. Musically the backdrop is solely Country with songs by the likes of Miranda Lambert (Kerosene), Joe Nichols (The Shape I’m In), The Band Perry (If I Die Young), Craig Morgan (Bonfire) and Little Big Town (Boondocks).

As someone who is not a big Country Music fan (yet I feel I am becoming a very selective one as each day passes), and a seasoned agnostic, the existential message disclosed by the production was something to which anyone could relate. For me it was summed up simply as this: we should not be looking for happiness, we should be looking for peace. This production was sharing how that could be found in Christianity and the crowds who I saw it with grasped that to thunderous applause. I saw the message as expanding beyond any one faith or belief system. Encountering, as well all surely have, individuals who do not hold the same life view as we and he who are at peace it serves not to remind us that we are necessarily wrong in our beliefs but that maybe we have gotten a bit off track.

There is one character who loses her farm after her brother signs it over to her seemingly ex-husband in good faith. Then there is that same brother who struggles with returning to Nashville in an effort to revive a successful singing career which he walked away from when his wife died in a tour bus accident. Amidst the messages of forgiveness and repentance I was more hit by the problem of attachment. Of holding on too tightly to something for fear of being without it. Such a crime assumes that beyond the now is not any better. How can we be so arrogant and naive?

END_OF_DOCUMENT_TOKEN_TO_BE_REPLACED 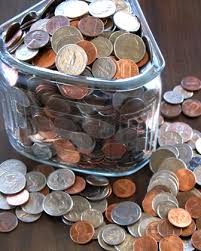