I have as much authority as the Pope, I just don’t have as many people who believe it. 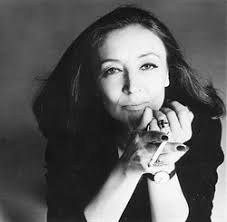 Information after the jump.

Carlin started doing stand-up comedy in the early ’60s and had fashioned a successful career by the middle of the decade: a short-haired performer with skinny ties, well-known to TV audiences for his sharp parodies of commercials and fast-talking DJs and a “hippy dippy weatherman.” But as he watched the protest marches of the late ’60s and absorbed the new spirit of the counterculture, Carlin decided that he was talking to the wrong audience, that he needed to change his act and his whole attitude.

Fuzzy language and fuzzy thinking were always among Carlin’s favorite topics. He marveled at oxymorons like “jumbo shrimp” and “military intelligence,” and pointed out the social uses of euphemism: “When did toilet paper become ‘bathroom tissue’? When did house trailers become ‘mobile homes’?” He reminisced about his class-clown antics and Catholic upbringing in the rough Morningside Heights section of New York City. He took on all taboos, even the biggest one, God. How could the Almighty be all-powerful, mused Carlin, since “everything he ever makes … dies”?

Carlin’s material grew increasingly dark in later years, to the point where he was cheerleading (with only a trace of irony) for mass suicide and ecological disaster. “I sort of gave up on this whole human adventure a long time ago,” he said a couple of years ago. “Divorced myself from it emotionally. I think the human race has squandered its gift, and I think this country has squandered its promise. I think people in America sold out very cheaply, for sneakers and cheeseburgers. And I don’t think it’s fixable.” SOURCE

Carlin and his younger brother, Pat, were primarily raised by their mother in Manhattan’s Morningside Heights section. Mary Carlin, a devout Irish Catholic, worked as a secretary to support her children. She had left Carlin’s father Patrick, a national advertising manager for the New York Sun, when he was an infant.

Carlin attended parochial school and much of his negative religious sentiment stems from his experience as a Roman Catholic altar boy. Carlin completed two years of high school before dropping out in the ninth grade.” SOURCE

Oriana Fallaci…was a controversial Italian journalist and former war correspondent who, at her death, was facing charges of vilifying Islam under Italian law following the publication of her book, The Strength of Reason, one of three polemical works published since the September 11 attacks. Her Islamaphobic diatribes included comments such as Muslims “breed like rats”.

Born into a working-class family, her father was leader of the underground movement in Florence during the second world war and he recruited Oriana, the eldest of his four daughters, as an assistant. She spent much of her childhood with him in the partisan bands, helping Allied soldiers escape through enemy lines.

Fallaci became a journalist at the age of 16 to help pay her way through medical school, but ill-health forced her to give up her studies, and the day job developed into a dazzling career. Aside from the star-style interviews which made her name, she was an accomplished war reporter – in Vietnam, Latin America, the Middle East and the Indian sub-continent. In 1968, she was shot and seriously wounded in the student riots before the Mexico City Olympics. She distilled her experiences into several bestselling books, such as Inshallah, a novel about Italian troops stationed in Lebanon in 1983.

She would spend weeks researching her subject in obsessive detail and the interview itself, in which she relied entirely on a tape recorder, would last six or seven hours. If her favourite subjects were Golda Meir and Indira Ghandi, her least favourite was the Shah of Iran, whom she needled into a damning dismissal of women: “Women are important … only if they’re beautiful and charming and keep their femininity… you’re equal in the eyes of the law, but not … in intelligence.”

In an interview with the Ayatollah Khomeini, she ripped off her chador. She complained about Fidel Castro’s body odour and threw her microphone at Muhammad Ali’s face when he belched in answer to one of her questions. SOURCE

Born in 1930 in Florence, Italy, she was brought up in an anti-fascist family and her father was a leader in the fight against Mussolini. At age 14, Ms Fallaci took part in the Resistance. For her work during the war, she received an award from the Chief of the Allied Forces in Italy. She then attended the University of Florence.

In an interview in 2002, she was asked about George W. Bush. “We will see; it’s too soon,” she replied. “I have the impression that Bush has a certain vigor and also a dignity which had been forgotten in the United States for eight years.” But she has her differences with him, especially when the president calls Islam a “religion of peace.” “Do you know what I do each time he says it on TV? I’m there alone, and I watch it and say, ‘Shut up! Shut up, Bush!’ But he doesn’t listen to me.”

In earlier years, her reportage put in her many times in harm’s way; nowadays, it is her direct and unflinching writings on Islam that create dangers for her: “My life,” Ms Fallaci wrote recently, “is seriously in danger.”

She also has legal headaches. She was on trial twice in France in 2002 and was brought up on charges in Italy in May 2005. She was indicted under a provision of the Italian penal code that criminalizes the “vilification of any religion admitted by the state.” Specifically, it states that The Force of Reason “defames Islam.” One might therefore say that, wanted for a speech crime in her native country, Europe’s most celebrated journalist now lives in exile in Manhattan. SOURCE