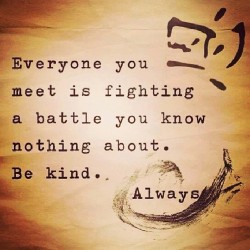 The Children’s Hunger Project provides weekend meals and fights childhood hunger and malnutrition during the school year. Teachers and school administrators, those on the front line of caring for our children while they are away from their parents during the week, know firsthand of the weekend hunger problem.  The teachers know as they wave goodbye on Fridays which students will not have proper nutrition over the weekend.  They know which students will arrive Monday morning ill-prepared to learn properly.

While good on its own, the people who do not appear on the “supporters” site made it more noteworthy. Amidst the traditional faith community were representatives of Wiccan and Satanic faiths. Right or wrong the consideration for Jim to take back to his church leadership was whether they felt it consistent with their theological approach to participate in this group alongside those who might best be described as pagan. He shared that while it did not strike him as a road block he had to consider his congregation.

Sitting together the church leadership made a quick decision. This was reached through the question, “What is most important?” Without pause the consensus was feeding the hungry was the primary concern. Jim shared that years earlier, and maybe within the context of a different church, the decision would have been reversed. Instead he found himself discovering a greater sense of community, doing the work of God arguably more consistent with what Jesus taught.

Today’s world, more specifically today’s America, finds us in the throes of a cultural religious conflict. Atheists are more vocal, while Christians are more defensive. News stories may tend towards the conflict angle. Yet there are events and individuals which serve as reminders to the fact that core ideals can bring us together.